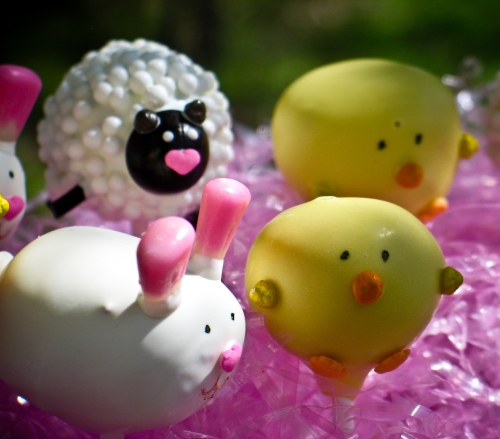 After staring wistfully at the Bakerella website and her fabulous cake pops, Misty & I finally got the nerve up to try to make them ourselves.

The occasion would be Easter.  Partly because we couldn’t take it anymore and partly because the sheep, bunnies and chicks were so adorable it almost pained us to look at them.   Misty would be attending a family dinner and I had a small affair with Ron, my girls and my parents on the horizon.  We would make 100 cake pops!

END_OF_DOCUMENT_TOKEN_TO_BE_REPLACED

The Fork You crew recently enjoyed another great lunch at South Hills Market and Cafe.  Yes, I got the ham and brie…again. 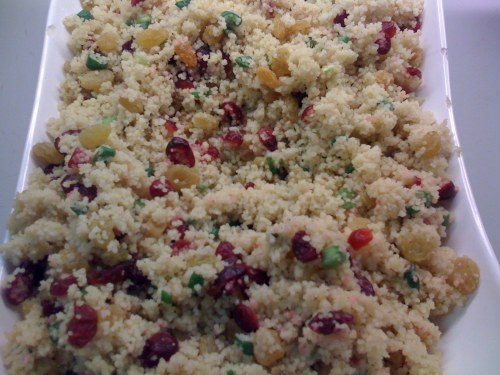 I enjoy looking at all the food in the cases as we walk to our table. I noted foie gras with apple, broccolini, crab cakes, meatloaf, organic whole roasted chicken, Monroe County roasted potatoes and more.  I considered buying food for tonight’s dinner, but Ron already told me about his plan for Thai peanut chicken for dinner.  Oh well, next time I will take food home.

END_OF_DOCUMENT_TOKEN_TO_BE_REPLACED

I am not a morning person.  I am especially morning-averse on weekend mornings when I feel I have a basic human right to sleep in.  During football season, I have to give up some of those sleepy mornings or Ron will leave me behind without a second thought.

It is a well-known fact that if you are going to tailgate with Ron, you must arrive at the tailgate site no less than 4 hours prior to kickoff.   So let’s calculate:  Mountaineer kickoff at noon minus 4 hours equals 8:00 minus three hours to get there equals FIVE A.M.???  Yessiree…I had to be in the car at 5 am.  If we were married it would be cause for divorce.

After I could accept the fact that I would indeed be in said car at the appointed ungodly hour of 5 am, the next predicament was what to take. I mean, really: what does one eat and drink at 8 am with the intention of becoming slightly tanked by noon?  Hmmmm……

END_OF_DOCUMENT_TOKEN_TO_BE_REPLACED 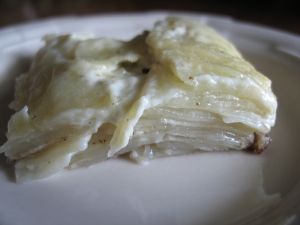 One of the dishes Dan & I served up at the September 6 Underground Kitchen (you can read all about it in yesterday’s post below) was a Gorgonzola Potato Gratin.

Gratin was adapted from French cuisine is a type of casserole dish that is covered with Béchamel sauce or Mornay sauce, topped with buttered breadcrumbs or grated cheese and either baked or boiled, then served in its baking dish with a golden crust.  Cooking au gratin is a technique rather than exclusively a preparation of potatoes (which is specifically a gratin dauphinois): anything that can be sliced thin, layered with a cream sauce and baked is material for a gratin.

The name gratin dauphinois refers to the Dauphiné region of France, where this method of preparing potatoes is a specialty.  The ingredients composing a typical gratin dauphinois are thinly sliced and layered potatoes, milk (and/or cream or creme fraiche), cheese, garlic, salt and pepper.

My potato gratin would be the base of a plate also showcasing beef tenderloin, chimichurri sauce and breaded asparagus.  I wanted a creamy gratin that would not compete with the other flavors on the plate.  An important component of chimichurri is garlic, so I did not want to overdo it by adding garlic to the gratin as well.  I opted to keep it simple and classic. 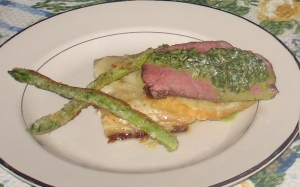